Today in Brussels, Mr. Emir Djikic, Director of the CEFTA Secretariat, met with the Macedonian Minister of Economy, Mr. Kreshnik Bekteshi, CEFTA Chair in Office for 2021, in order to discuss the Chairmanship 2021 Priorities and assess the progress already made.

During the Minister’s official visit, the CEFTA Secretariat hosted a meeting with the CEFTA Parties’ Ambassadors to the European Union. The main topic of the meeting was the Common Regional Market and its role in accelerating regional economic integration and deepening integration of the Western Balkans into the EU Single Market.

Having a key role in the implementation of the trade-related activities from the Action Plan, CEFTA has an ambitious agenda for 2021, aimed at facilitating the economic recovery of the CEFTA region. 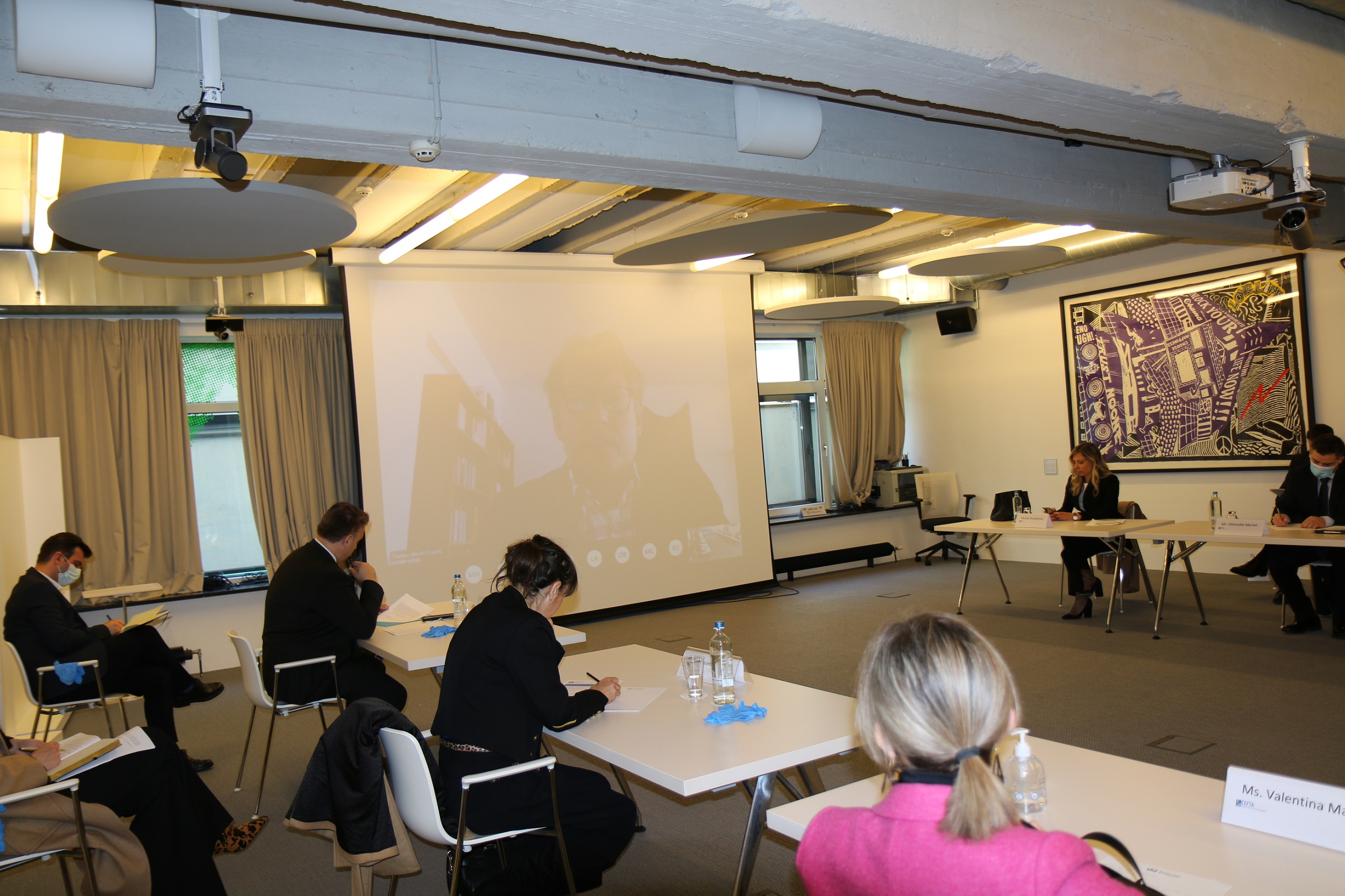 “The region’s leaders pledged to build a Common Regional Market with one voice and joint drive. Strong commitments were made, and those commitments call for action. We have started the year of Macedonian Chairmanship with an ambitious agenda, developing new mechanisms and launching initiatives to facilitate trade and speed up economic recovery of the region.  A lot of work has been done, but additional efforts are still needed to deliver the results pledged for the Berlin Summit. The Summit will be crucial not only in order to assess the strength of the regional cooperation, but to present tangible results to the businesses and our citizens. “ stated Mr. Emir Djikic.

According to Minister Bekteshi, during the Macedonian presidency, the activities will be focused on monitoring the progress in each CEFTA Party in terms of facilitating trade in goods and removing non-tariff barriers. Other activities include the preparation of a single list of all fees and charges for the import or export of goods.

“We will focus on mutual recognition of trade documents, simplification and harmonization of procedures and further harmonization with EU regulations and standards.” Great attention is paid to quality infrastructure activities in accordance with the EC-funded Project, which will have to select priority sectors to be examined in order to compare the legislation in the CEFTA Parties and to provide conditions for negotiations and conclusion of the Mutual Recognition Agreement by the end of 2021,” Bekteshi said.

“The EU fully supports CEFTA in its endeavor to implement the trade dimension of the Common Regional Market, based on EU rules and standards. This is the right time to unleash the growth potential by enhancing the regional economic integration. The Common Regional Market will serve as a stepping-stone towards the EU single market: we have identified areas where the Western Balkans could be better integrated into the EU Single Market. Regional economic integration and enhancing your integration into the EU Single Market are two sides of the same coin.”  – said Mr. Thomas Hagleitner, European Commission.