Home > News > News > CEFTA at the “EU and the Western Balkans” conference: The stronger we are in economic terms as a region, the stronger is the voice advocating for the EU membership
Advanced search
Close

CEFTA at the “EU and the Western Balkans” conference: The stronger we are in economic terms as a region, the stronger is the voice advocating for the EU membership 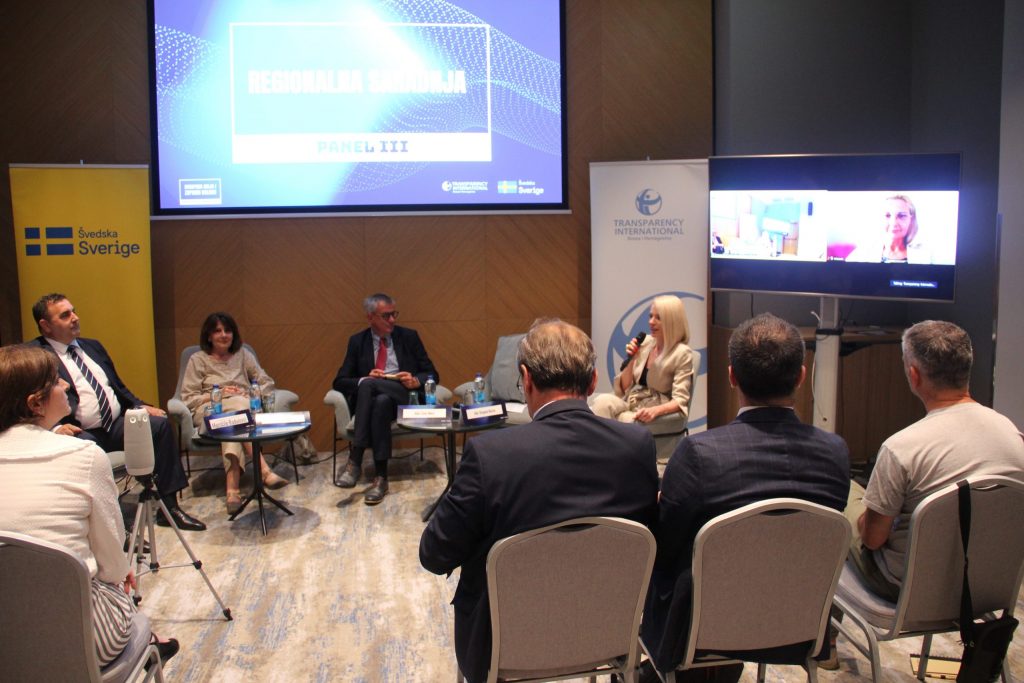 The director of the CEFTA Secretariat Emir Djikic participated in the regional conference “EU and the Western Balkans – between mutual mistrust and common interests” in Banja Luka.

The conference brought together participants from the academic community and civil society of the region, and the main topics discussed were enlargement policy and practice, learned lessons and role of the regional cooperation.

At the “Regional Cooperation” panel, the director of the CEFTA Secretariat Emir Djikic pointed out that CEFTA has been shaped through the years, following not only the economic needs of its Parties, but also the development of the European Union and its policies towards the Western Balkans.

“The CEFTA agenda and its priorities in deepening regional economic cooperation are inseparable of the European integration. We can learn a lot from the EU’s lessons in developing the Single Market but also from hearing the impulses of the EU enlargement process. Focusing on the regional integration that is EU-alike, we will keep up with the EU and its Single Market. Building the Common Regional Market should be our priority job. The job that no one can do instead of us. The stronger we are in economic terms as a region, the stronger and louder is the voice advocating for the EU membership”, said Djikic.

In the previous period, significant and important steps have been made to improve regional cooperation, but there is still a space for its improvement. This conference was organized with the aim of reviewing what has been done so far and what are the challenges the region has been facing.

Participants were unanimous in agreeing that the regional cooperation is important for the people of the region as it affects the quality of their life, and that the economies of the region must take the most important steps in the process of transformation to full EU membership.

The Conference was organised by the Transparency International, with the support of the Kingdom of Sweden.