A challenging but substantial year for the CEFTA region

“CEFTA in pandemics: Achievements and Challenges” was the title of today’s hybrid Conference opened in Jahorina, Bosnia and Herzegovina to mark the end of CEFTA Week 2020.

This closing event followed several days of meetings and discussions on virtual platforms and was an opportunity to summarize the achievements during 2020.

Bosnia and Herzegovina’s Chairmanship of the CEFTA was marked by two great achievements: maintaining and facilitating trade in the face of pandemics of COVID-19 and adoption of the Common Regional Market. 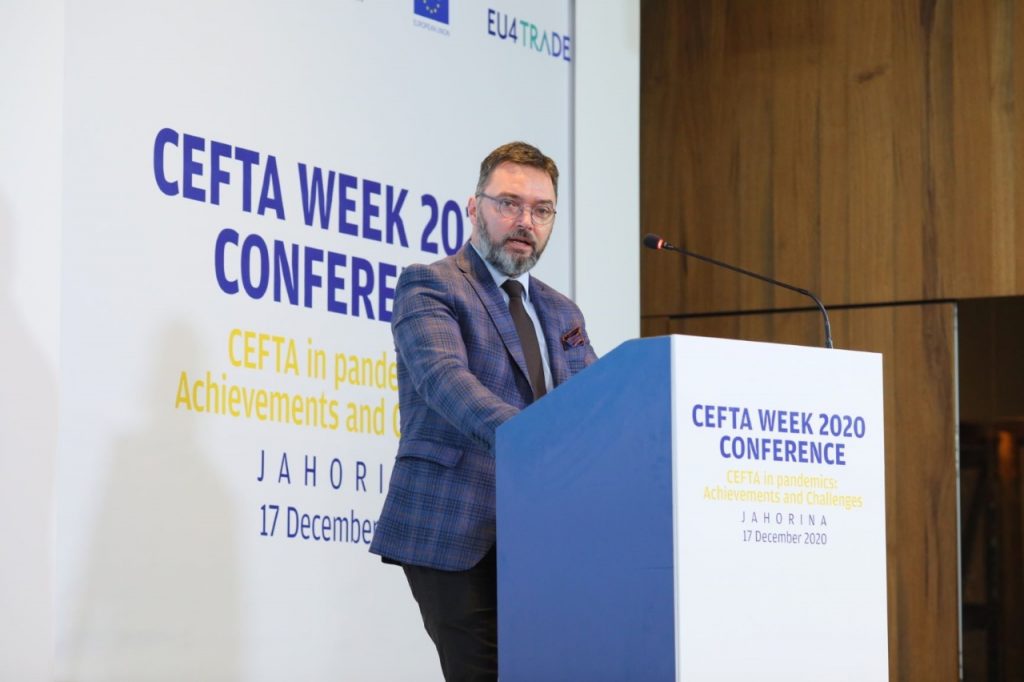 Opening the Conference, Mr. Stasa Kosarac, Bosnian Minister of Foreign Trade and Economic Relations said that this was a significant event because BiH had successfully completed its presidency of CEFTA in very complex circumstances.

“This conference is being held to show our synergy for working together on common goals, leaving disagreements and trade barriers aside. Today I invite you to discuss the challenges and opportunities that lie ahead and what it takes to do together to deepen to deepen our economic integration. By reacting quickly to trade disruptions earlier this year, we have already shown that we can adopt effective joint measures. Trade benefits are certainly vital, but they only include economic effects – and that’s only part of the big picture. Trade also connects us with the region and the rest of the world. In addition, precisely because of the close and stable relations encouraged by trade, we can enjoy much more peaceful relations. Trade also encourages the competitiveness of each of the companies on the market, and thus strengthens each of the economies that participate in CEFTA”, said Minister Košarac.

In reaction to the rapid spread of the novel coronavirus across the European continent, the CEFTA Parties have adopted restrictive measures prioritizing the health and safety of their citizens, which also included restricted movement of people and goods. However, to minimize negative economic impact, guarantee open channels of trade, and secure supply of essential goods, such as medical supply, food, and feed, the CEFTA Parties have agreed on the establishment of the Green Corridors and the Green Lanes, based on the joint proposal from Transport Community and CEFTA. 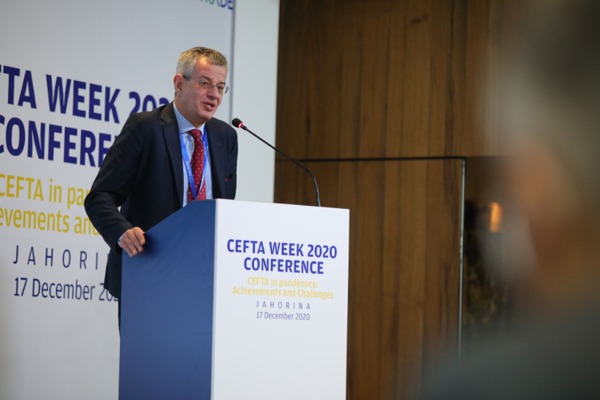 The Director of CEFTA Secretariat Emir Djikic said that since the establishment of the initiative, almost half a million trucks have used the benefits of green corridors, and 20% of that benefit green lanes (trucks transporting essential goods).

He also pointed out the importance of a 4-year plan for the establishment of a Common Regional Market adopted by Western Balkans leaders in the Sofia Summit in November 2020.

“CEFTA will play an important role by providing legal, policy and institutional framework for rolling out this agenda”, Djikic added.

The main priorities in future will be to cut the waiting time by at least 30% at crossing points by, inter alia, extending the Green Corridors and Lanes to the BCPs/CCPs with the EU and adapting them to the regular environment not dominated by pandemics. Furthermore, it will seek to establish mutual recognition of documents important for placing products and services on the regional markets, decrease time and cost of regional e-commerce and extend cooperation in CEFTA to new areas such as intellectual property and consumer protection.

Several important achievements in 2020 are:

Three panel discussions titled “Regional Economic Cooperation: Milestone of the region’s response to COVID-19 and path for a lasting economic recovery”, “CEFTA Mutual recognition programs: Potential for boosting the trade in CEFTA” and “E-commerce: Pathway to the economic recovery of the CEFTA region” were an opportunity to discuss trade implications of pandemics for the CEFTA Parties and possibilities for supporting and accelerating the recovery of the CEFTA region. Panelists also exchanged views on mutual recognition programs (MRP) and opportunities for boosting the trade in CEFTA, considering the impact of a digital revolution and the benefits of e-commerce.

CEFTA Conference was supported by the EU Project EU4Trade.

👉 Intellectual property rights are a critical aspect of business and innovation in today's economy.
The goal of establishing an IPR framework in ...#CEFTA is to create a supportive environment for businesses to innovate and protect their creative works.